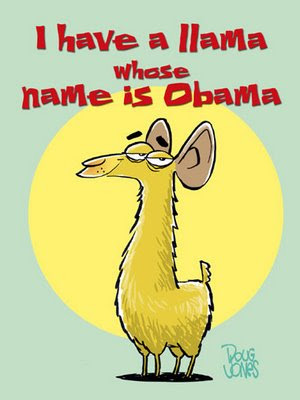 SUBTRACT the ears and what have you got? A llama named Van Gogh...

I thought of this last night. I was watching the news and there was a story about a llama that has been running loose around here for a couple of years. Llama rhymes with Obama! Sounded like a good title for a children's book. So here you go... or Gogh.
Posted by Doug at 9:38 AM 9 comments: 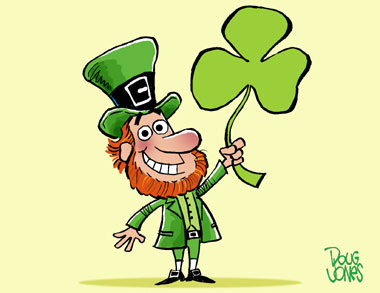 Well, I didn't think I would get an entry in to Illustration Friday this time... but today I woke up to find that it is St. Patrick's Day. I decided that leprechauns were LEGENDARY, the word of the week, so I dashed off this little fellow.

When I was a freshman in college, I lived in a dorm at an engineering school. Would you believe I was going to be an electrical engineer at that time in my life? What was I thinking?! Anyway, St. Patrick's Day was a big deal there. As a freshman, I was required (by my dorm association) to grow a beard and carry around a shillalah for a week or so, can't really remember how long we had to carry them now. They defined a shillalah as part of a tree that included some sort of root system. You saw guys hauling around everything from sticks to pretty big logs... all with some kind of root part on them. Some were painted, others were natural. I don't think they could go into the classrooms, had to park them outside. It's all pretty fuzzy now in my memory... since I went to school back in the Transistor Age. :0)

OOPS... didn't mean to get carried away strolling down memory lane here, I had forgotten all about these things until I started typing... gotta get back to work... 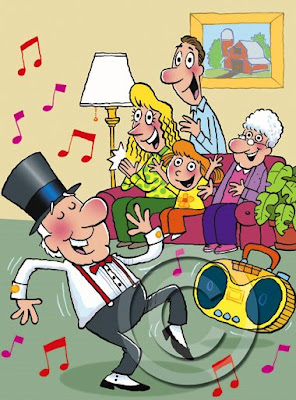 I have just wrapped up the illos for a little educational book. I worked through many spring-like days to meet the deadline. Now that it's done, it has turned cold and rainy... funny how that works...
Posted by Doug at 7:03 AM 2 comments: 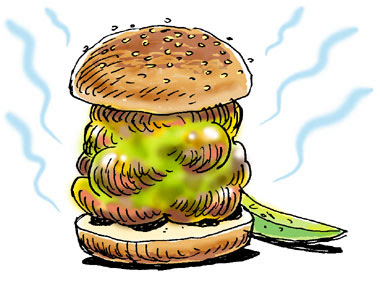 Doug Jones is a riddle, wrapped in a mystery, inside an enigma... on a sesame seed bun... with a pickle. 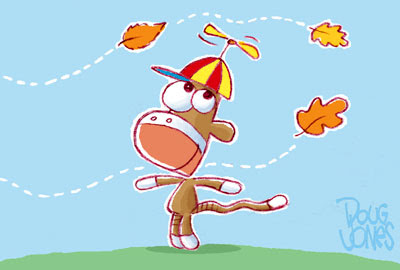 SocMo likes to wear his beanie on BREEZY days!