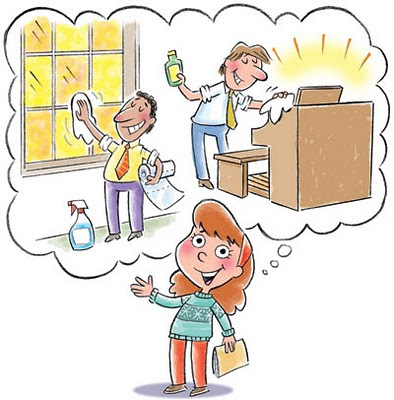 When things get dusty, SOMEone needs to get to work.
Posted by Doug at 4:10 PM 5 comments: 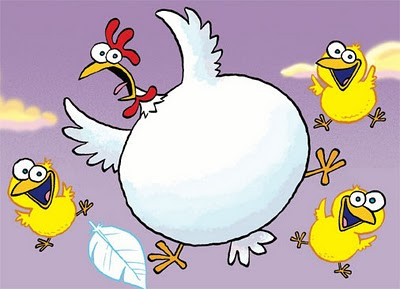 The word for Illustration Friday this week is CHICKEN. I kept thinking that I would do something special for this, but here it is... Thursday night and I've got nothing but excuses. Good excuses, mind you. But excuses.

So... I am dusting off and sprucing up an image from a calendar I did a while back. And here is a short story for an added bonus.

A few years ago when I saw that Facebook was open to us regular folks and not just college students, I decided to sign up and see what it was all about. As I jumped through all the hoops to get myself signed up, I came to the point where I could upload an image. I had nothing immediately available. I took a quick look on my desktop and found some artwork I had done for a calendar. It happened to have a National Chicken Day on it so it had a great big chicken with baby chicks, feathers and such for the days of the month. I liked the chicken so I cropped off the head and uploaded it as my avatar.

I never got around to changing the image... I'm lazy. Then later I signed up for Twitter and used the chicken again. Did I mention that I'm lazy? So then I was getting used to seeing the chicken around and decided to use it as my blog avatar. So gradually, without planning I have become a chicken. At least on line I'm a chicken. In real life I am an aardvark. But that is another story.
Posted by Doug at 6:19 PM 1 comment: