Wow, it has been a while since I posted anything. Most of what I have been working on lately has not been that post worthy.
This is an illustration for a magazine that I have just completed. I thought it might be interesting to show the pencil sketch along with the final art. 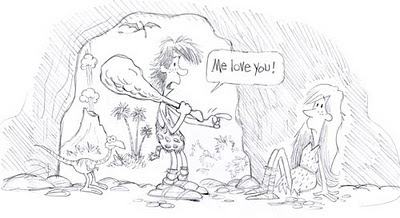 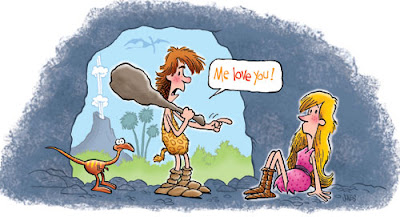 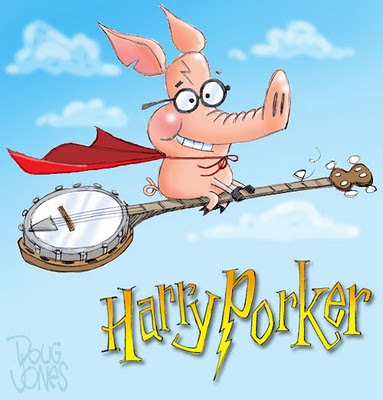 So, here is the story so far. Guy Francis bought a banjo and then drew a picture of a pig playing a banjo. He challenged Stacy Curtis to draw a banjo pig too. Now lots of us are drawing banjo pigs. It's a lot more fun than working...

Where did my idea come from? Read on.

I remember reading that when Sparky Schulz was stumped for an idea for Peanuts, he would go back to basics. As he said, cartooning is just making funny pictures. So he would doodle funny pictures of his characters.

With that in mind, I thought a pig riding a banjo would look funny. After a quick sketch, my pig looked like he was on a flying banjo. Hmmm... if witches fly on brooms, a pig could fly on a banjo, right? Makes sense to me. Hey! Harry Potter flew on a broom, too! That would be fun to work into the drawing. But wait! By changing two letters, Harry Potter could become Harry PORKER! So faster than you can say Huggle-Muggle, I had a Harry Porker on a flying banjo... (a Scruggs 2000)
Posted by Doug at 6:11 PM 2 comments: 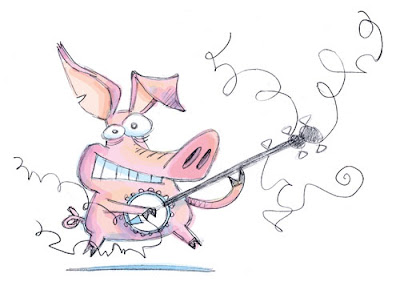 Banjovi, the rockin' superstar pig, is off to play a concert... unaware that his banjo is on "mute"
Posted by Doug at 6:50 AM 6 comments: 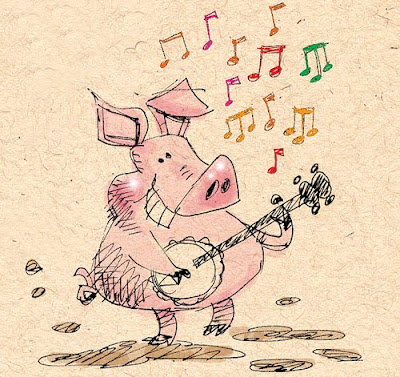 I had to get in on the pig playing banjo thing. I mean, I live in Nashville, TN for crying out loud... and at one point I could actually plan"Foggy Mountain Breakdown" on my crummy banjo. So here is my piggy.
Posted by Doug at 8:49 AM 1 comment: